HEROs is an acronym for Huntington's Environmental Research Optimisation Scheme. This project was funded by Lotterywest and undertaken by Edith Cowan University under the direction of Prof Mel  Ziman, Head of the ECU Research team.  The HEROs Research Project sought to determine whether a prolonged program of cognitive and physical rehabilitation would positively impact on features of the disease. Conclusions from this study were that a multidisciplinary rehabilitation program can significantly impact the phenotypic expression of Huntingtons disease, resulting in beneficial changes to motor function, cognition, body composition and strength for people symptomatic with Huntington's Disease.  The full report is now available.  Please click on the image of the Research team to access the report. 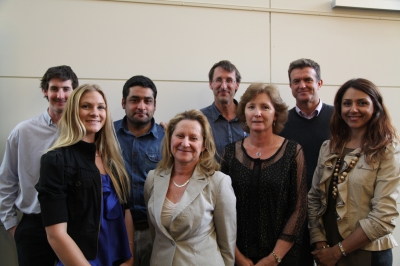 Following on from the success of the initial research, which focused on people who were symptomatic, a further research project was undertaken.  Funded by Lotterywest the aim of this second study was to assess the ability of a scientifically developed Environmental Enrichment program to improve outcomes for people with the gene for Huntington's disease but who were not showing symptoms. Huntington's WA was delighted to be working again with Professor Mel Ziman who was heading the research on behalf of Edith Cowan University.  The research is one of the first studies in the world and the full project report has now been finalised.  The full report is available here.