What is Huntington's Disease?

Huntington's disease (HD) is an inherited disease affecting areas in the brain which control, movement thinking and emotion. It has a slow progression, and symptoms gradually worsen over time.

While there is no cure for HD at this time there are medications and therapies that may alleviate some of the more common symptoms of the disease.

One of the best ways to deal with anxiety or fear is to be informed. It is the aim of this website to provide information about HD and where you can go to access help and support.

Huntington's disease (often abbreviated "HD") was first described in medical literature in 1872 by Dr. George Huntington, a physician from Long Island, New York. The disease affects men and women alike, occurring at a rate of about 7-10 per 100,000 in most Western countries.

Onset of symptoms can begin at any age, although the mean age of onset is generally between 30 to 50 years of age. The first symptoms of the disease may be physical e.g. small involuntary movements or problems with coordination or may be cognitive or psychiatric changes

Less common is onset before the age of twenty, and the condition is classified as Juvenile HD which progresses faster with slightly different symptoms. When symptoms start over the age of 50yrs it is usually referred to as late onset HD.
HD is an inherited (genetic) disease and in 1993 genetic testing was made possible with the discovery and isolation of the faulty gene. At this time international guidelines stipulate that individuals need to be 18yrs or over to undergo predictive testing for HD.

The greatest cause for optimism is the current research into HD. Organizations like the Hereditary Disease Foundation in America and the European Huntington's Disease Network (Euro-HD) are leading the way in the development of a cure or treatment for Huntington's Disease. Much of this work is supported by the HD community and not for profit organisations like Huntington's WA with the aim of increasing public and professional awareness about the disease.

How Huntington's Disease is inherited: a Lesson in Human Genetics 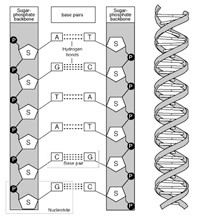 All our characteristics are inherited from our parents, half from our father and half from our mother. The "blue-print" for these characteristics is carried in tiny rod-like structures called chromosomes, present in every body cell. We each have 46 chromosomes that are arranged in pairs, one member of each pair having come from our father and the other from our mother. Each chromosome carries hundreds of genes. Each gene produces a substance that performs specific tasks. When one or more of those vital substances is missing or changed, a genetic disorder arises.

Genes are too small to be seen even with the most powerful microscope, but scientists are beginning to learn on which of the chromosomes genes are situated. Still the presence of an altered gene is usually known only when a genetic illness develops. All chromosomes (and therefore genes) are in pairs, one member of each pair inherited from each parent at conception. When a parent's chromosomes split in half and are passed on to a child, it is a matter of absolute chance which member of a pair is passed on.

This means that a particular sequence of three nucleotide pairs (CAG) is repeated several times. When this gene is normal, the trinucleotide sequence repeats are equal to or less than 26. In HD, the number of repeats is much greater being more than or equal to 40 trinucleotide repeats.

On March 1993, a team of scientists announced that they had isolated the gene for HD and identified a mutation which causes the HD gene to differ from the normal gene. The nature of the defect, a duplication of a piece of DNA, can be used to predict whether the individual will have HD.

This discovery completes a trail of research begun a decade before when the same scientific team found the location of the HD gene on chromosome four. This discovery led to a pre symptomatic test for HD and intensified efforts to find the gene itself. Many groups participated in the research and provided information that proved vital to the final isolation. The discovery of the gene does not, of course, signal the end of HD as a health threat. However, with the discovery of the gene several important implications follow:

More research is necessary to establish whether the repeat number will eventually be useful in predicting age of onset. Current understanding is that the normal gene contains 26 or fewer CAG repeats, while the disease causing version has 40 or more repeats. There is an intermediate range: specifically, individuals with 27-35 repeats on one of their two genes will not develop HD themselves, but in rare instances can pass an expanded number (i.e. 40 + or more) of CAG repeat to their offspring, who will then be at higher risk for HD. In addition, a gene with 36-39 repeats falls into "reduced penetrance" range, which may or may not be associated with the onset of HD symptoms.

How Huntington's Disease is inherited

HD is an autosomal dominant disorder; this means that each child of a parent with HD, regardless of sex (autosomal), carries a 50 per cent risk of inheriting the HD gene; and only one parent who is a gene carrier is necessary for the gene to be transmitted (dominant). It does not mean that half of a couple's offspring will develop the disease, or that every second child will develop the disease. It is like tossing a coin. Each time the coin is flipped; there is a 50/50 chance of landing either heads or tails. Therefore, it is possible that none of the children may be affected, some may be affected, or all may be affected. Each child of an HD affected parent faces the same 50/50 chance that he/she will inherit the HD gene, regardless of his/her siblings' inheritance.

Symptoms can appear at any age with the average onset age between 30 and 50 years. Physical symptoms are usually the first to cause problems and to be noticed, but at this point they are commonly accompanied by unrecognized cognitive and emotional ones.

Although symptoms of HD vary from person to person, even within the same family, the progression of the disease can be roughly divided into three stages.

Early Stage HD usually includes subtle changes in coordination, perhaps some involuntary movements (chorea), difficulty thinking through problems and often, a depressed or irritable mood. The effects of the disease may make the person less able to work at their customary level and they may be less able to carry out their regular activities at home.

In the Middle Stage, the movement disorder may become more of a problem. Medication for chorea can be considered to provide relief from involuntary movement. Occupational and physical therapists may be needed to help maintain control of voluntary movements and to deal with changes in thinking and reasoning abilities. Diminished speech and difficulty swallowing may require help from a speech & language pathologist. Ordinary activities will become harder to do.

In the Late Stage, the person with HD is totally dependent on others for their care. Choking can become a major concern. Chorea may be severe or it may cease. At this stage, the person with HD can no longer walk and will be unable to speak. However, he or she is generally still able to comprehend language and retains an awareness of family and friends. When a person with HD dies, it is typically from complications of the disease, such as choking or pneumonia and not from the disease itself.

This information is to be used as a guide and it is always recommended that you discuss any questions about your condition or treatment with your doctor or other health care professional.